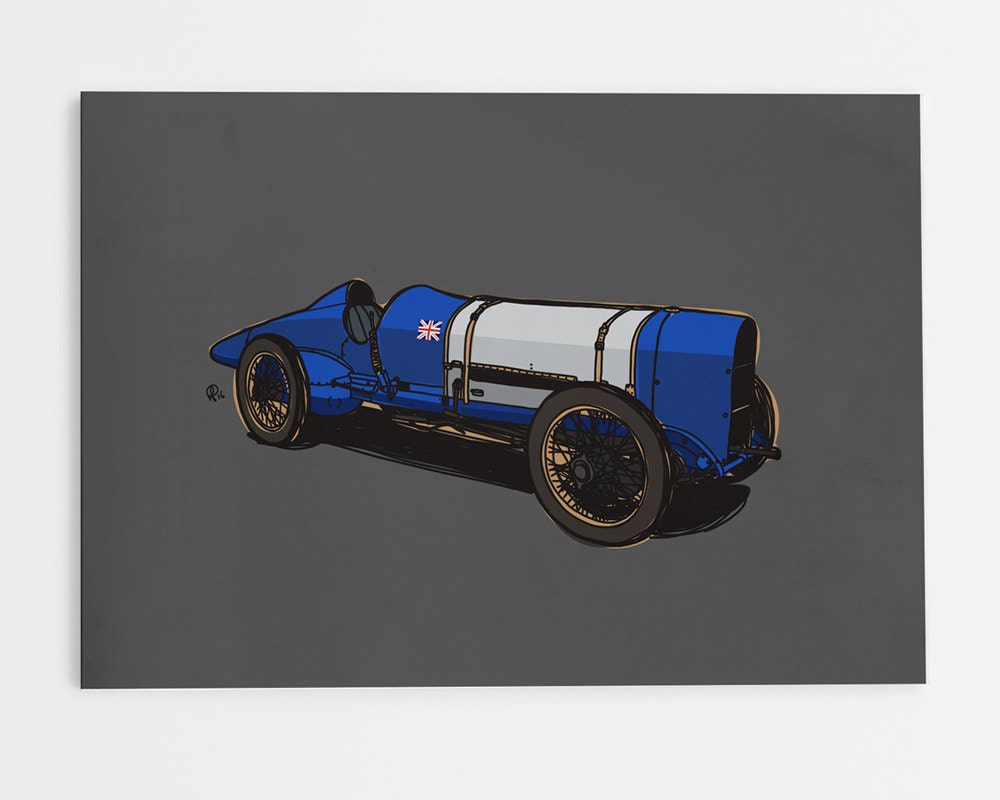 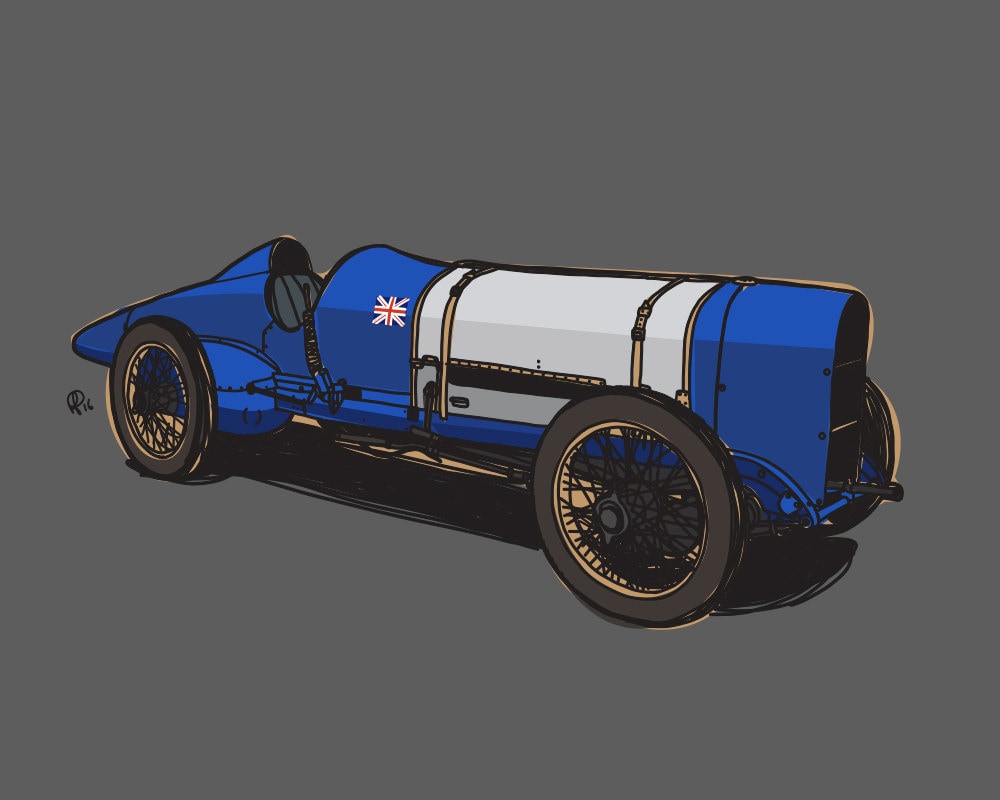 Malcolm Campbell drove the borrowed car at the Saltburn Speed Trials on 17 June 1922 and broke his first speed record at 138.08 mph (222.22 km/h). However the manual stopwatch timing system was not accepted for an official record.

Campbell persuaded Coatalen to sell the Sunbeam to him, painted it blue and renamed it 'Blue Bird', already the fourth Blue Bird. 23 June 1923 saw Campbell at Fanø, Denmark, recording another record-breaking speed of 137.72 mph (221.64 km/h) over the flying kilometre. This time the record was not officially accepted as the timing equipment was not of the approved type.]

Over the winter of 1923–1924 the car was sent to the aircraft maker Boulton Paul at Norwich, for wind tunnel tests. They streamlined the car with a narrow radiator cowl at the nose and a long tapered tail. The rear wheels were also fitted with disk covers. Engine compression was raised by new pistons.

Campbell returned to Fanø in the summer, but the beach was in poor condition and crowd control of the spectators was poor. On the first run both rear tyres were ripped off Blue Bird and narrowly missed the crowd. Campbell protested to the officials about safety standards and declined to take any responsibility for anything else. Sadly, this time a front tyre came off and killed a boy in the crowd.

SHIPPING
All prints are shipped flat via Australia Post. Please contact me if express postage is required.

CUSTOM IMAGES ARE AVAILABLE
See my store for listing or contact me.

FRAMING
Print is easy to match to many standardly available frame sizes, however if you have a particular size in mind please let me know at checkout. If you are interested in a canvas print I can prepare digital files for you to supply to your printer.

*Please note, frame is not included with your order.

I'll do my best to meet these shipping estimates, but can't guarantee them. Actual delivery time will depend on the shipping method you choose.

Ship items back to me within: 30 days of delivery

Request a cancellation within: 24 hours of purchase

But please contact me if you have any problems with your order.

The following items can't be returned or exchanged

Because of the nature of these items, unless they arrive damaged or defective, I can't accept returns for:

Questions about your order?

Please contact me if you have any problems with your order.

0 items in your cart